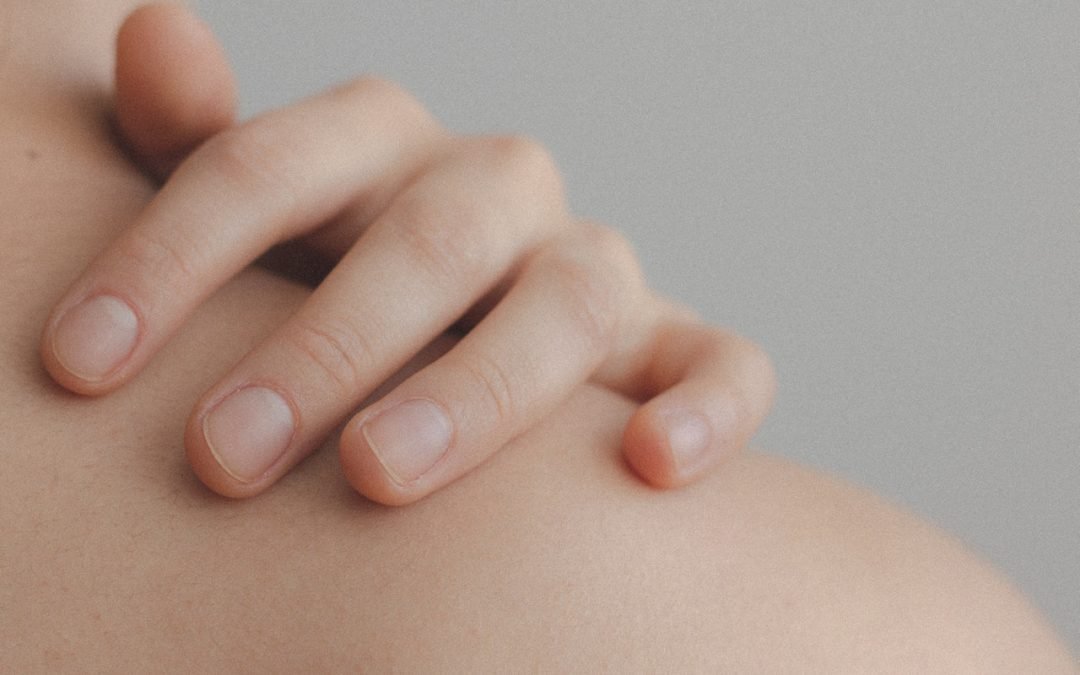 My obsession with finding a natural solution for eczema started about 10 years ago.

It was a tremendously stressful time. In an attempt to try and reduce the horrible anxiety I was experiencing, I decided to take up swimming. After about a week of regular morning sessions, I noticed I’d developed an annoying patch of dry skin just inside my right ear. I thought nothing of it, believing it would resolve by itself in a couple of days.

The annoying itch grew worse, spreading to both ears and keeping me awake at night. A week later a huge red patch encircled my right eye, inspiring my loving family to come up with the not so comical nickname of “Secret Squirrel”.

I’m sure the rest of my story will be familiar to people up and down the land.

The quest for a cure began in earnest by scouring the internet / herbal books for advice. This was shortly followed by the recommended dietary changes, and of course, the hunt for a cream to relieve the itching. I sought advice from other sufferers, hung out on Facebook forums, and embraced the process of trial and error with gusto.

I’m not proud to admit that I should have known better. My attempts at healing failed miserably. Finally, and at the end of my rope, I reluctantly made the inevitable trip to the GP. Thus began the futile and seemingly never-ending cycle of symptom suppression – a process of short term relief followed by a worsening of the condition.

Here’s what happened in a nutshell:

I’m glad to say that although my experience was utterly horrible, it was a learning curve that proved several things:

The rest of this blog post is a combination of facts I’ve discovered while researching this problem, and practical advice I’ve found actually works (both for myself, and others who are increasingly seeking my help here in my practice.)

Why Are More People Than Ever Suffering From Eczema?

Results from a recent study showed a 40% rise in the number of people visiting their GP to report new cases of eczema. This is a shocking figure, but what’s worse is that experts are still unable to agree on why this is happening. From an herbalist’s vitalistic point of view, there are several issues which are clearly contributing to the problem.

An appalling number of chemicals are finding their way into our food chain and our bodies. This includes:

In my own personal experience (and from hours of conversations with other herbalists on this topic,) the key to being free from eczema for good lies in focusing the attention on opening up the channels of elimination and rebuilding gut health.

Here are my top tips:

The lungs and eczema

If you have any experience of eczema at all, you’ll already know that it often goes hand in hand with a whole load of other allergic conditions like hay fever and asthma. It’s interesting to note that before the advent of scientific testing, Chinese medicine gave a plausible reason as to why this might happen.

Traditional Chinese practitioners believe the lungs are closely associated with the skin. This is because both organs “breathe.” The theory is that whenever lung function is impaired (as in people with asthma or when overcome by dust and pollen as in hay fever,) the skin tries to shoulder some of the burden. Ultimately, the skin isn’t equipped to do this job, so toxins are eliminated via “the wrong route” causing itching and inflammation.

It’s interesting to note that many eczema sufferers who smoke find that their skin improves when they kick the habit. This is backed up by a study by the Department of Dermatology at the Northwest University Feinberg School of Medicine, who in 2015 looked at the correlation between smoking and atopic dermatitis (eczema). This was a large-scale study involving 680,176 people over a period of 26 years. The results showed a higher incidence of eczema in those who smoked compared to those that did not.

We all know that smoking has a direct ageing effect on the skin, so it’s surprising that we haven’t made the link between smoking and other skin conditions before now.

As an herbalist, I often find that using herbs such as ground ivy, elder flower, and white horehound to support the lungs, does much to alleviate the flare-up of symptoms. If you’re a smoker with eczema (particularly if you are of a constitution which is predisposed to poor elimination) giving up the habit will benefit your skin (and your general health) 100 fold.

We already know that food intolerance is on the rise, but how does this relate to eczema?

Whenever we ingest foods we’re intolerant to (the main culprits being wheat, eggs, and dairy) the gut sees them as a potential threat and immediately tries to find a way to get them out of the system. Because the gut wall is permeable, food particles can find their way into the bloodstream where they then set off an inflammatory/autoimmune response.

This is a condition which is increasingly referred to as “Leaky Gut Syndrome” whereby tight junctions in the gut, which control what passes through the lining of the small intestine, don’t work properly. It’s commonly experienced by people with Celiac and Crohn’s disease, and it’s believed it may also be linked to the development of a whole range of allergic conditions including eczema.

By continuing to eat foods which set off this response, the immune system soon becomes overwhelmed becoming even more sensitive to potential threats. This is why many people with eczema find that over time they gradually become allergic to more and more things, and sensitivity to the original allergen becomes even greater.

The only real solution is to remove the allergen from the system entirely and repair the gut using a combination of pre and probiotics, and mucous membrane tonifying herbs such as aloe vera and marshmallow root. The offending foods can then be slowly re-introduced so that the body can build up a tolerance to them.

The goal is to be able to eat the wide range of foods that humans were designed to enjoy.

A restrictive diet should be considered a short-term tool for healing, as opposed to the life long sentence many eczema sufferers feel resigned to.

This is the trap that many eczema sufferers fall into, as often, by removing foods for long periods of time they inadvertently perpetuate the problem by sensitising themselves even further. One of the very best books I’ve read on the topic of food allergens and eczema is The Eczema Detox by Karen Fischer. Her food intolerance diagnosis (FID) programme is the one I most often work with here in the clinic.

Supporting the liver as it tries to cope with eliminating the offending toxin at the source is also of paramount importance. Herbs which support the liver include Dandelion root, Barberry, and Milk Thistle. You can read more about herbs for the liver here.

Understanding the root cause of your eczema is the key to gaining permanent relief. As an herbalist and naturopath, my job is to help you do that. If you’re suffering from this horrible condition, here are some practical things you can try right away;

I have many years’ experience working with people who’ve spent a great deal of time and money trying to find a natural solution for eczema. If you have questions about how herbs can help, please feel free to drop me a line at sarah@alchemilla.co and let’s book a free “hello” call.

The Eczema Detox by Karen Fischer