What Do Herbalists Do With Stinging Nettles? 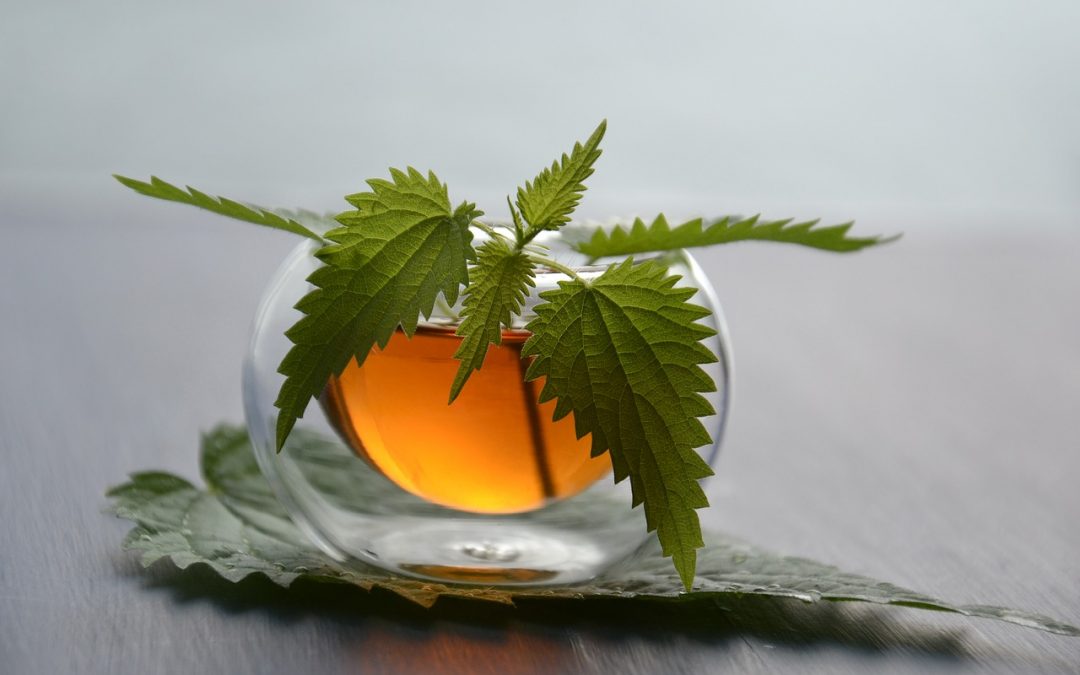 For obvious reasons, stinging nettles are one of the very first plants children learn to identify. As they grow literally everywhere and are safe* for most people to use, nettles are a great herb to experiment with if you’re new to medicine making or foraging.

Stinging nettles grow in such abundance (there are over 500 species worldwide,) their valuable properties can be harnessed for free by almost anyone, anywhere on the planet. Because of its peculiar ability to inflict pain on those who attempt to uproot it, most people think of the nettle as a troublesome weed. Ironically, this is what has most likely saved it from being totally wiped out by humans, who spend millions of pounds on chemicals trying to eradicate it.

Every part of the stinging nettle has some benefit to mankind, so treating it as an invasive weed really does mean missing out on an herbal bonanza.

A sensible word of caution:

*Picking or consuming stinging nettles is not recommended for people who suffer from severe allergies. Although nettles are an extremely safe plant to work with, a small number of people have been known to develop an allergic reaction after being stung. If you’re at all unsure then don’t pick!

Always wear thick gloves when harvesting nettle. However, in most cases even gloves won’t protect you. Elbows, knees and other areas of skin can easily be stung, so be sure you’re well prepared before venturing out to forage. 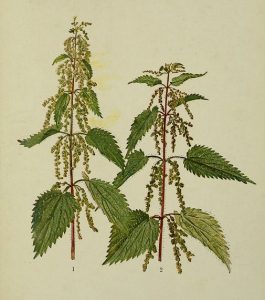 Nettle has a similar flavour profile to spinach and can be cooked in much the same way as any leafy green vegetable. When preparing the leaves, it’s important to first soak them in water and cook thoroughly in order to neutralise the sting. A quick online search for nettle recipes will bring up a whole host of ideas from nettle kombucha to pakoras. An easy and versatile recipe to start with is one of my favourites – nettle pesto.

Delicious stirred through pasta, added to omelettes, or used as a pizza topping. This is a great way to make use of your foraged stinging nettles or garden waste.

If you’re feeling a little more adventurous, you can use nettles to make a delicious, creamy, vegetarian cheese. The process does require a little commitment, but you don’t need to invest in any specialist equipment. My forager friend Monica Wilde from Napiers explains the step by step process in her detailed blog post.

Herbalists often recommend stinging nettles as a treatment for scalp problems. A decoction made from the roots and seeds (as opposed to the leaves,) can help stimulate hair growth and prevent thinning. It has also been shown to be helpful in the treatment of dandruff. Nettle root extract is commonly found as a component of many herb based, over the counter shampoos and conditioners.

It may seem a bit odd pouring what is essentially herbal tea over your head, but this potent mix of nettles, rosemary, apple cider vinegar and water will add shine and body to your hair. It gives it far better texture than any conditioning treatment would, and without the use of any harsh chemicals. Rosemary stimulates circulation to the scalp, nettles provide mineral-rich nourishment, and the addition of raw apple cider vinegar helps to balance your hair’s pH levels. You can use fresh or dried herbs to make up your batch, but it won’t last long, so be sure to use it on the same day.

*Rosemary can darken hair over time, so this particular blend is better suited to darker tones. If you have blonde hair, try swapping the rosemary for chamomile flowers, which will help highlight any natural golden tones.

*Never pour boiling water straight into a glass jar as it can break! Use a Pyrex bowl for infusing the herbs, or gently preheat your Kilner jar in advance to prevent shock to the glass.

Nettles contain a wide range of minerals which as well as being good for us, also make a brilliant food for plants. The following is a recipe for “stinging nettle manure,” (probably because of the smell it gives off as it brews!)

Rather than throw nettles you’ve cut back from the garden into your green waste, here’s a simple way to use them to make a nitrogen rich fertiliser for your plants.

This easy to make preparation is great for:

Loosely fill a bucket with chopped nettle stems and leaves and then cover with water. Hold the plant material down with bricks to keep it submerged. Leave the bucket in a shed or other covered area for about 3 weeks and allow the plant material to ferment. It can get quite smelly as the nettles decompose, so it’s advisable to leave your homemade fertiliser in a well ventilated area at a sufficient distance away from the house.

You’ll find more projects and recipes like this in my Wild Medicine Through the Year Nettle ebook, which is also available as part of my bitter treats bundle, along with locally grown and harvested tea and whole plant tincture.